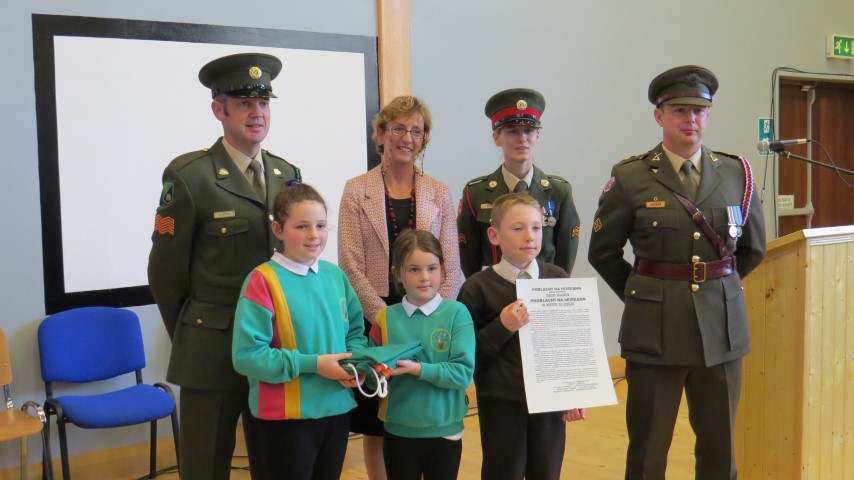 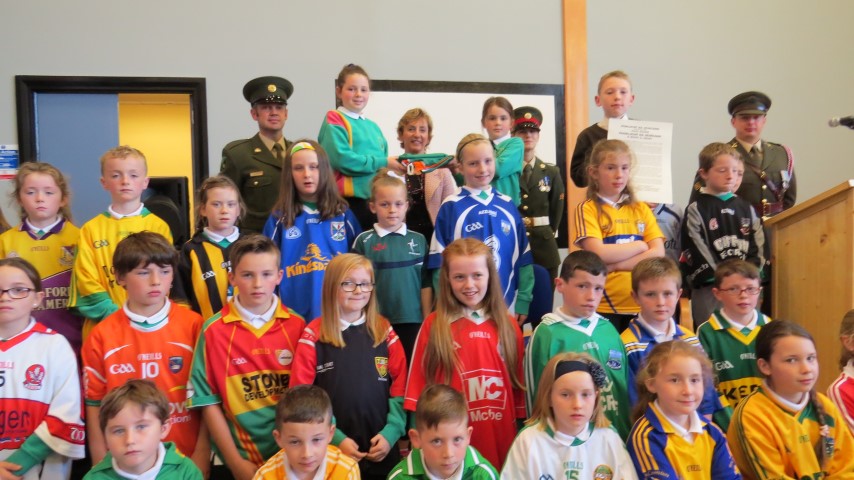 On March 15th, as part of the nationwide ceremonies for primary schools, we held the official raising of our National Flag. We were truly honoured to have both Pearse and Harry O’ Hanrahan, grand-nephews of the executed Rebel Leader  Michéal O’ Hanrahan, to hoist the flag. Micheál and his family resided for a number of years here in Carlow, on Tullow street, so it was fitting that the O’ Hanrahan brothers were our guests of honour here in the Gaelscoil. They were accompanied by Professor Paul Horan, another Carlow native, who has done great research into the O’ Hanrahan family history.

Both Pearse and Harry addressed the gathering in Irish, explaining about the part played in the Rising by other members of their family too.  A time capsule, containing something from every single child in the school was then sealed by An M. Bríde and An M. Aingeal , and is to be re-opened in 50 years time. The two O’ Hanrahan brothers were then presented with a handmade slate memento of their visit to us. Following a prayer of blessing, the school community sang the National Anthem and then proceeded to the school yard, for the flag raising.

Adam Ó Murchú, a fifth class pupil, researched his family history and in particular, that of his grand-uncle P.J Ramsbottom, who is credited with firing the first shot of the Rising. This was a warning shot over the head of a rail-worker, at Coltwood, in Co. Laois, where Paddy and his comrades  were attempting to disrupt troops and messages getting to Crown forces in Dublin.  Adam drew from a wide variety of sources such as the Bureau of Military History, the 1911 census, local newspapers and interviews with many members of his extended family an  created an extremely detailed project. This work has deservedly been recognised both locally and nationally, as the research won the local Education Centre prize and also the “Decade of Centenaries” competition, an all- island initiative in conjunction with the Department Of Education, Mercier Press and UCC. The presentation was held in  the Aula Maxima in UCC. Adam’s work will now be posted on the  www.scoilnet.ie to make it easily available to any interested parties, both nationally and internationally.

Launch of the 1916 Commemoration in Carlow College

Musicians from Carlow Pipe Band opened proceedings by playing our National Anthem. Members of the College staff read the Proclamation in Irish and English. The crowd was then introduced to Pearse O’ Hanrahan, grand-nephew of the executed Rebel Leader, Micheál O’ Hanrahan. Pearse spoke of his family involvement in the events of 1916 and reminded us that other family members were also very active in the Rising. He also spoke of the importance of preserving the stories of 1916 and of our own family histories.

The children were delighted to get the chance to meet Pearse as he has kindly agreed to help raise our National Flag on March 15th. He spoke with the children and stood for photos. A day to remember! 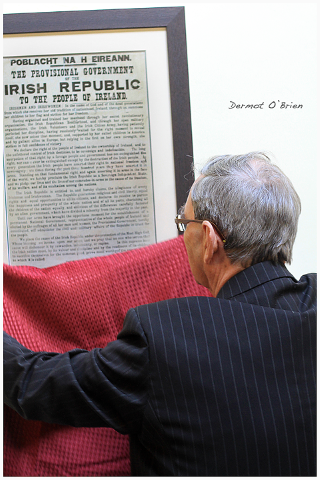 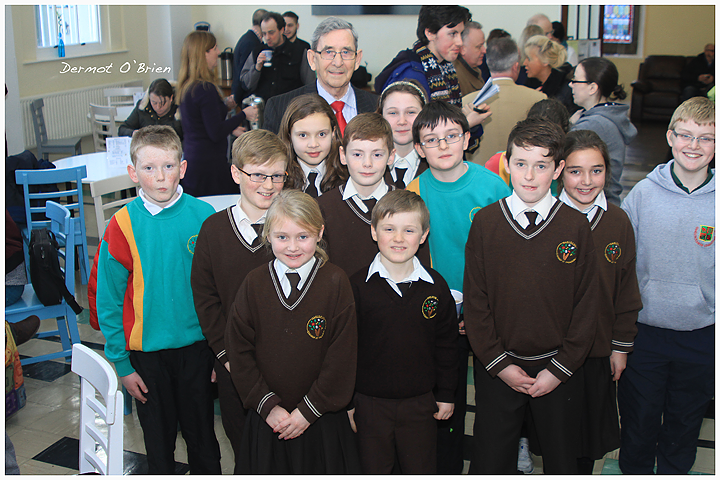 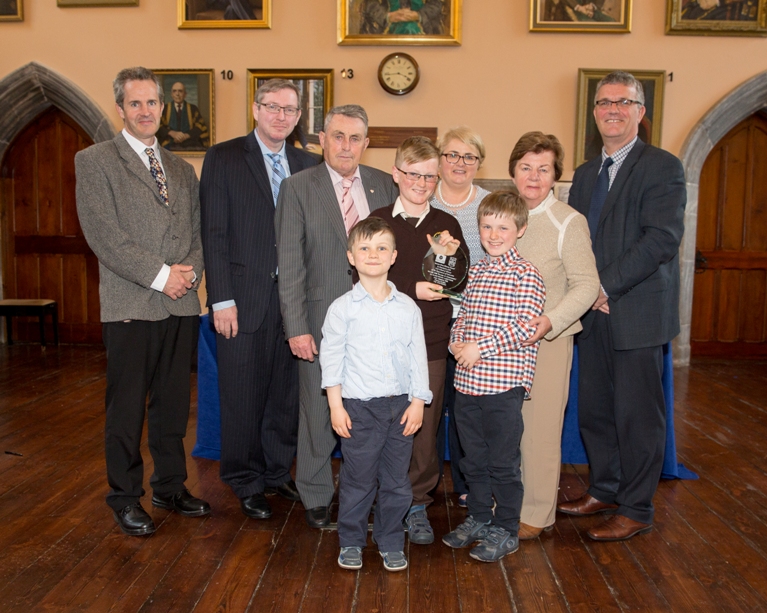